Gershwin on Air – Porgy, Bess and beyond 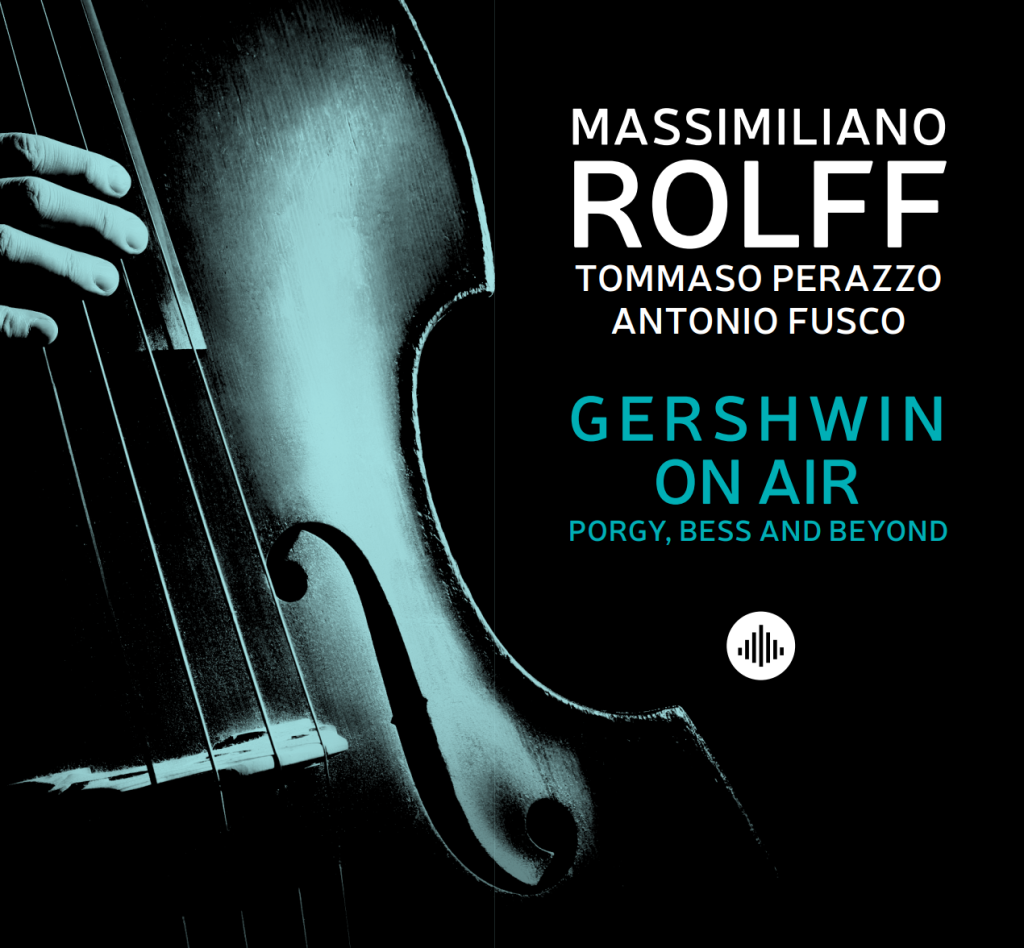 “George Gershwin’s extraordinary musical world emerges, caresses us, amazes us and finally overwhelms us in the uniqueness of this recording. Rolff shapes in a contemporary writing, the songs, the musicals, the jazz and the orchestral sound that made Gershwin’s music the pillar on which the ‘American Sound’ is built.“
The measure of the greatness of a composer’s work is certainly indicated by its ability to speak to successive generations of performers and listeners.

Massimiliano Rolff, in these arrangements for his trio, discovers some hidden facets in these famous songs, such as those penned by George Gershwin that have now entered the Golden Age repertoire of American Song. The album starts off with his work Porgy and Bess, to which a specific and poignant suite is dedicated, and moves on to a series of single songs that were composed for other shows but have survived as stand-alone songs, including great classics and rediscoveries that fit in well.

The arrangements are written from the point of view of the double bass player, and this instrument acts as something of a litmus test for the differences between the classical European tradition and music of the African diaspora. The sound of the double bass is as omnipresent in jazz and in other black music as it is secondary or neglected in western classical music. Following the example of jazz, musicians in the second half of the twentieth century discovered the double bass as an inexhaustible source of sounds, capable of singing or moaning, of being romantic or percussive, and often in this record the melodic role of the double bass is highlighted to provide the exposition of the themes, underlining its wide capabilities.

And yet, the trio naturally and fluidly undergoes continuous changes of role, without assigning fixed attributes of accompanist or soloist to the musicians with whom Rolff has chosen to collaborate. On the piano, we find the very young talent Tommaso Perazzo, who will be a real discovery to those not yet acquainted with him, capable of a mature and balanced performance without any needless display of his sparkling technique, while the drummer Antonio Fusco expresses an orchestral and melodic drum concept without losing sight of the sense of propulsion that is also essential in this music.

What is striking is the flexibility with which the three musicians in this ensemble unreservedly place themselves at the disposal of the composition and the interpretation that the leader wishes to convey, with interventions that are appropriate to the specific expressive and emotional dimensions of the unique arrangement. From the very first bars of the introduction and the Latin groove of “It ain’t necessarily so”, there is a feeling that we are dealing with an original and solid idea, not a simple recreation; the piece is continuously varied in every aspect, while always remaining true to the original.

Among the songs in the repertoire, perhaps the least visited by the mainstream is “Who Cares?” (despite the historical version by Bill Evans and some recent appearances in pop music). We hear a relaxed version that also features some unexpected glimpses in the reinterpretations of the theme, as well as in the solos: an excellent representation of the qualities of this trio, which recreates a Gershwin by turns meditative and nocturnal, solar and rhythmic, always open to a contemporary improvisation that enhances the classical values, the singable melodies, and the delicate harmonies.

01 Suite from Porgy and Bess: It ain’t necessarily so

02 Suite from Porgy and Bess: Bess, you is my woman

03 Suite from Porgy and Bess: I loves you Porgy

04 Suite from Porgy and Bess: There’s a boat leaving soon for New York

05 Suite from Porgy and Bess: My man’s gone now

06 Suite from Porgy and Bess: Summertime

11 How long has this been going on?

12 Someone to watch over me

All music composed by George Gershwin / All arrangements by Massimiliano Rolff